Round 5 cancelled due to typhoon

The entire two days of competition scheduled to take place at Suzuka Circuit (Mie Pref.) on September 4 and 5 as round five of the Formula NIPPON Japanese championship series had to be cancelled due to the strong winds and heavy rain of the large-class Typhoon No. 12 which struck Japan's Kinki region where Mie Prefecture is located, as well as the Kansai and Shikoku regions.
President Hiroshi Shirai of Japan Race Promotion, organizers of Formula NIPPON, announcement the cancellation of round five in the following way.
"Even though this cancellation is the result of the uncontrollable forces of nature, it is nonetheless very regrettable, not only because of the importance of this mid-season race but also the number of visitors who have come despite the rain. However, this cancellation is to protect the safety of the participating drivers and the spectators and is therefore unavoidable. We ask for your kind understanding."

* Postponing round five to another date or holding an alternative event were also considered, but the final decision after full consideration was a cancellation that reduces this year's series to six rounds. 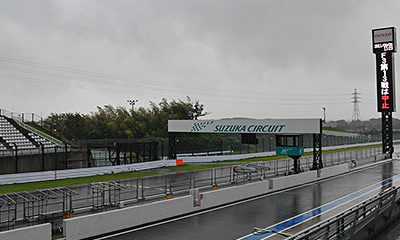 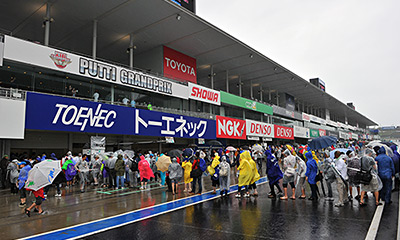