The Japanese SUPER FORMULA Championship Round4 Final Race was held at Autopolis in Oita Prefecture on Sunday 22 May, where Ryo Hirakawa (carenex TEAM IMPUL) made a great comeback from an 8th position start to the win. It was his second win of the season and fourth in total. The morning was blessed with clear skies and air temperatures of 24 degrees Celsius and 44 degrees Celsius on the track surface. The 42lap (approx. 196km) race of the 4.674km course started at 2.30 pm on dry tires with one required tire change stop for all four tires.

Pole-position Tomoki Nojiri cut a great start and was in the lead going into the first corner. However soon after, Toshiki Oyu (TCS NAKAJIMA RACING) who had started the race from the back of the file, went off course crashing on the 3rd corner. The SC car entered the tack to lead the file. Meanwhile, Ryo Hirakawa (carenex TEAM IMPUL), who started from 8th position, moved up smoothly into 3rd position. On lap 5, after the SC car was out, Hirakawa passed Tadasuke Makino (DOCOMO TEAM DANDELION RACING) at the first corner and was soon up to 2ndposition. Kamui Kobayashi (KCMG) was pushed out by another car on the exit of Turn 2 and crashed. The SC car was called in again.
Nojiri pitted at the end of lap 15, while Hirakawa, in second place, pitted on lap 20. Sascha Fenestraz (KONDO RACING) chose to box on lap 28 returning to the track in front of Nojiri. While Nojiri was gradually slipping back, rookie Atsushi Miyake (TEAM GOH), who had been running at a steady pace, after boxing at lap33 pitted out in front of Nojiri holding him off and standing now in the third position on the track.
As a result, Ryo Hirakawa took his second win since the opening round of the 2022 SF season, with Sascha Fenestraz in the second and rookie Atsushi Miyake in the third position, who also set the race fastest lap along with his first podium finish. Nojiri who is this seasonʼs top-ranked driver so far started the race from pole position and finished in 4th place.
The next round (Rd5) will be held at Sportsland SUGO in Miyagi Prefecture on 18 (Sat) and 19 (Sun) June. 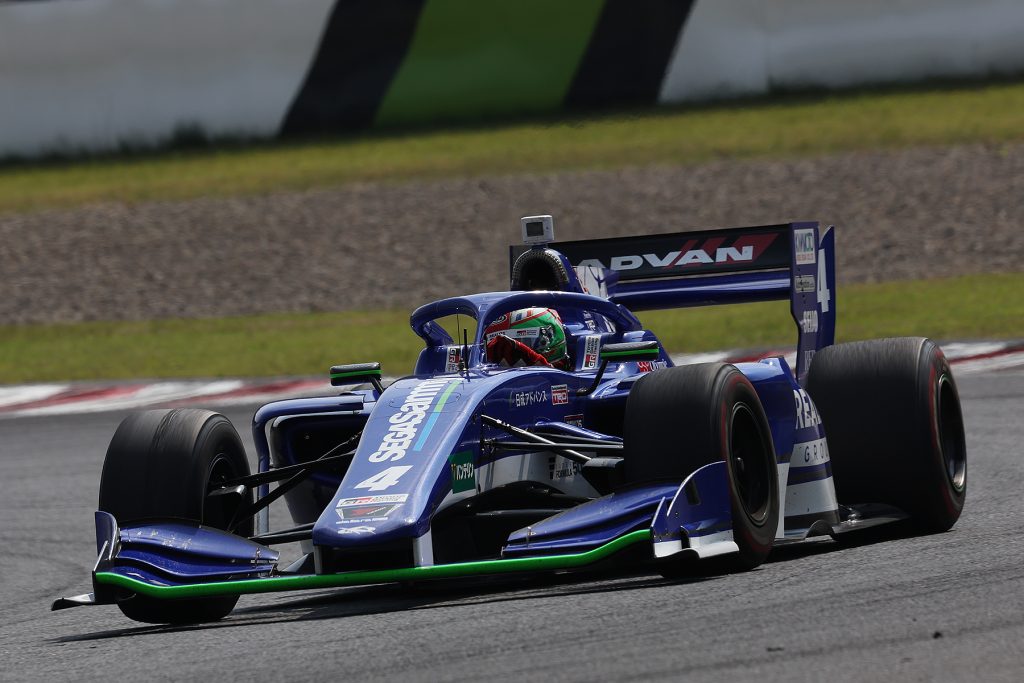