Your guide to the SUPER FORMULA series 2016

11 teams, 19 machines will be in the series just like last year. Many of the world's top drivers are joining the Japanese Super Formula series, and that is one of the reasons why the series is a must-see. One of the most talked about drivers is Stoffel Vandoorne, who debuted Formula One in Bahrain this year as a replacement for Fernando Alonso and finished 8th. Vandoorne was said to be "the man closest to getting a seat in Formula 1" after showing off his powerful driving skills in GP2, ending up with the championship title in his hands. He decided to add the Super Formula series to his career before moving on to Formula One. After going through a series of testing which started at the end of last year, Vandoorne points to the high level of the series.
"Everyone here is a professional driver, and the lap times during the testing are all so close and competitive. It's definitely going to be a close competition in both qualifying and the race itself. You will be kicked out of the top 10 grids if you lose just 0.2 or 0.3 seconds, so everything will have to go perfect to finish with a good result. I am just excited for the first race."
Vandoorne, who already made his debut in Formula One, presenting the Mclaren Honda with points, is definitely someone to look out for in the first race at Suzuka Circuit. 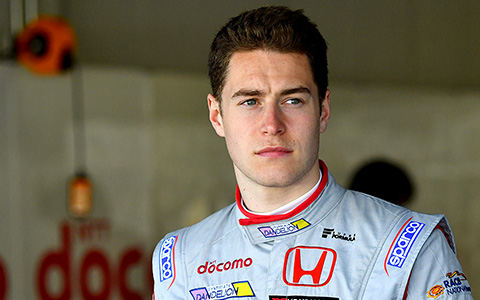 But before Vandoorne stands a great wall-the top drivers who already have lots of experience in the field. The most experienced would be Andre Lotterer, who debuted in the Formula Nippon (former name for the series) in 2003, and is going to be racing his 14th season in Super Formula this year. Lotterer not only is the first champion of the inaugural season of the FIA World Endurance Championship in 2012, but is also a three time winner of the 24 Hours of Le Mans, known as one of the world's top three races. He also has the experience of being the test driver for Jaguar Racing Formula One team at the age of 20. He was on the podium in his very first debut race in Japan, won for the first time in his second year, and has been in the fight for the championship ever since. He has been marking good times during testing this year as well, and it is seen that he will be a benchmark for the other drivers. Lotterer's teammate, Kazuki Nakajima, who once raced in Formula One is another competition for Vandoorne. Nakajima has already won the championship after returning from racing overseas, and his driving style is "stasis and dynamics"- He has both aggressiveness and cleverness in his driving technique. This has led him to many podiums and points, and he is always in the competition for the championship title. Nakajima is going to be racing full season in the FIA World Endurance Championship from Toyota GAZOO Racing as with Lotterer, and is a very strong contender aiming for his third Super Formula championship title. 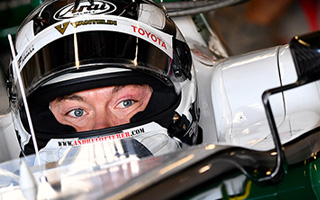 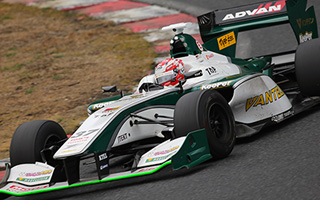 Kamui Kobayashi who joined the series last year is also someone you will not want to miss. As we all know, Kobayashi is an ex-Formula One driver just like Nakajima. During his year with Sauber F1, he beautifully overtook numerous machines at the Japanese Grand Prix in Suzuka, proving himself a talented driver. Although he didn't have the chance to win a race, he definitely showed a lot of his talent in last year's Super Formula series as well. Kobayashi has the ability to adapt to any given situation and his overtaking skills are like no other. He had no or little experience driving a lot of the courses in Japan last year, and the practice laps before qualifying are only an hour long. This led him to be at the bottom for the free practices, but he has been able adjust and change the setup of the machine in time for the qualifying sessions, and many of the times he moved on to Q3. Also, Kobayashi overtook his rivals at the chicane in Race 2 of the final race last season. This defied the idea that "it is almost impossible to overtake a modern formula car because you lose the downforce in a slipstream." Super Formula is the only place you will be able to see Kobayashi's performance in a formula car. As with Nakajima, Kobayashi is a part of the Toyota GAZOO Racing team, and will be joining the FIA World Endurance Championship, but if you want to see his aggressive driving techniques, the Super Formula series is a definite recommendation. 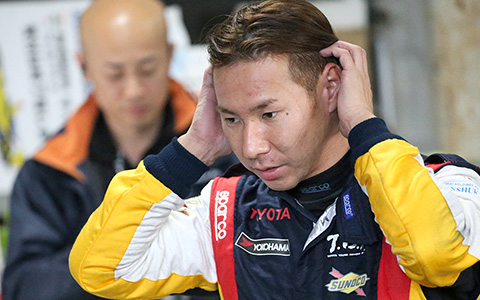 Other than the ones listed above, there are many more competitive drivers in the series- Naoki Yamamoto, who won the championship title in 2013, Hiroaki Ishiura who took home the championship competing against many big name drivers last year, and Joao Paolo Oliveira who won the title in 2009. Super Formula is a category with a great driver line-up. Although there are differences in the characteristics of the engines between Toyota and Honda, its' power is almost equivalent. This is where the Super Formula series differs from Formula One, where each team uses different chassis and power units, the drivers' techniques and strategies play a big part in the competition. 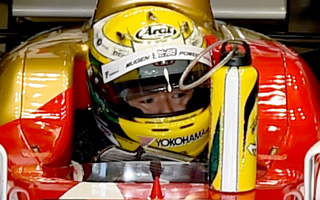 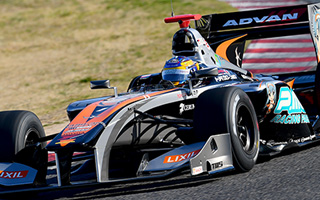 Stoffel Vandroone is said to be "fast without mistakes" in Europe, but the drivers in the Super Formula series are also fast with little mistakes. Who will be the strongest, fastest driver of the pack? Instead of just looking at the machines, the tires, the lap times, the tangible side of the competition, we would like you to focus on each drivers' talent and technique in the first round of the Super Formula series. We would like to recommend you come and watch the race live at Suzuka Circuit, in order to see and experience the speed that is said to be "faster than Formula One in the corners." 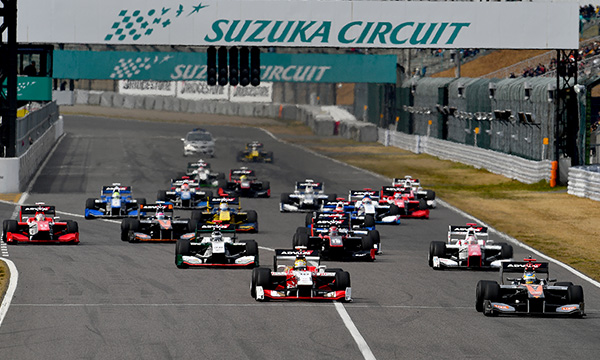